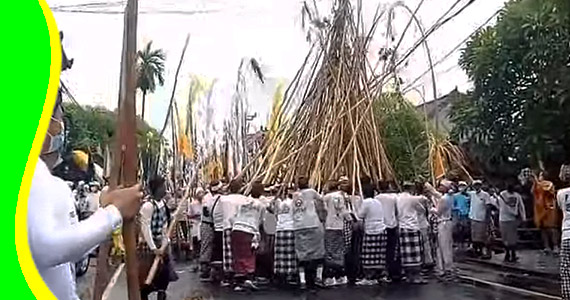 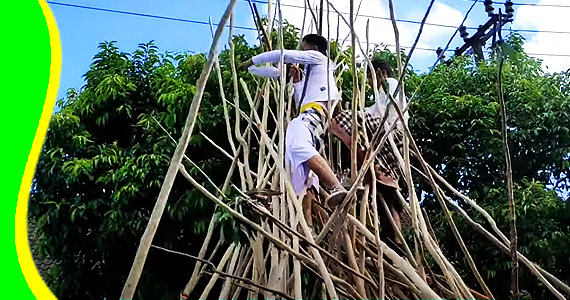 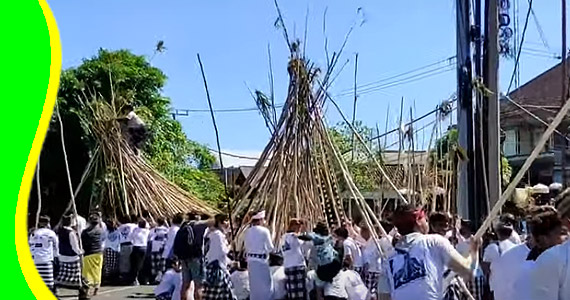 ...
Tek.. Tek.. Tek.. The sound of sticks colliding, makes a very loud sound, that's why it's called the Mekotekan tradition. Unique and Festive. Must to visit while on vacation in Bali.
The Mekotekan tradition is a tradition carried out by the people of Munggu village, Badung district, Bali. This tradition is also called the Ngerebeg tradition.
During the Dutch colonial period, this tradition was banned because it was thought to be a rebellion. Mekotekan did use a spear at that time. Since the implementation was prohibited, the village community was attacked by epidemics and even died. Finally allowed, only the spear was replaced with a stick of wood called Pulet wood which reaches up to 4 meters in length. People carrying wooden sticks for Mekotekan Tradition in Munggu Village Bali.
Pulet sticks with a length of three to four meters. At the end of the wood is decorated with the tip of a pandan leaf which is a symbol of the sharp tip of the spear. Under the pandan leaf is decorated with Tamiang. It is believed that the Mekotek tradition functioned as a repellent against reinforcements. The wood that collides with each other is believed to be able to ward off evil spirits who want to disturb the people of the Munggu traditional village area.
In addition, the Mekotek tradition is also associated with the victory of soldiers in the war to reclaim the power of the Mengwi kingdom in Blambangan, East Java.
The Mekotekan tradition is held every 6 months or 210 days, exactly 10 days after Kuningan Day. The purpose of the mekotekan tradition itself is as a procession to ward off reinforcements and ask for safety. All residents from 15 Banjars in Mengwi Village, enlivened this tradition. Carrying wooden sticks, they gathered and combined into one. The ends of the group of wood are conical to form a triangle. The wooden sticks that collide with each other make a "tek..tek..tek" sound, that's why they are known as Mekotek.
Watch Youtube of Mekotekan Tradition in Bali.
Local and foreign tourists came to watch this celebration. This tradition is celebrated with great fanfare. And this tradition is the only one in Bali.
...