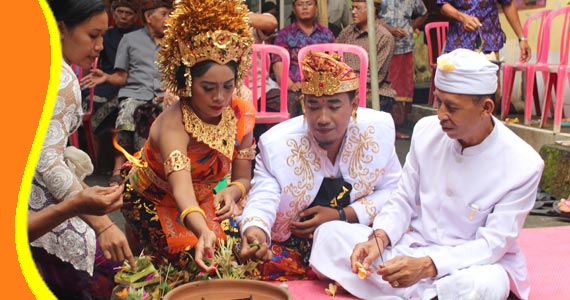 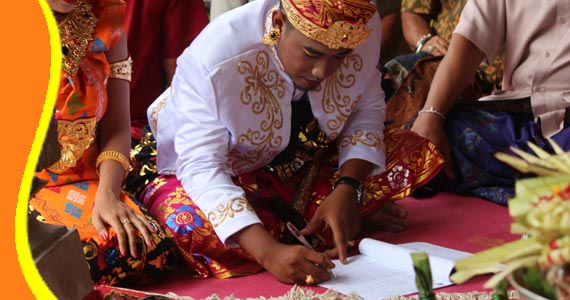 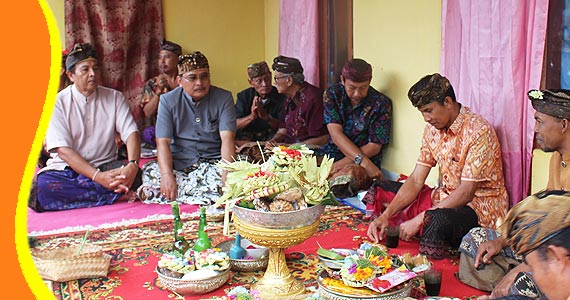 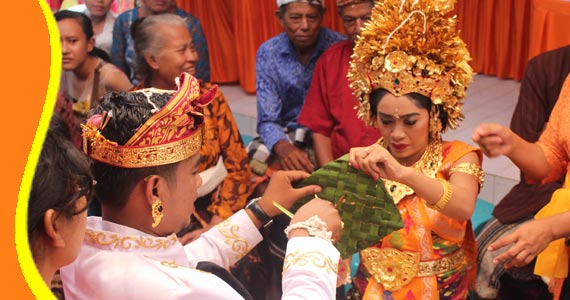 ...
Balinese people who are very religious, believe in auspicious days to carry out marriages. Where the agreed good day is the day for the bride to be picked up and brought to the groom's house.
Traditional weddings in Bali are closely related to local religious, customary and cultural arrangements. There are several stages that must be passed by the bride and groom. After that, a traditional ceremony is held, accompanied by written documents including the ratification of the leader of the traditional wedding ceremony. After all these processes are passed then the couple is legal as husband and wife. In terms of religion, law and society.
In the case of marriage according to Balinese customs, the marriage is carried out at the house of the prospective groom on a day that is considered auspicious by the Balinese Hindu priest. The groom tore the mat held by the bride with a keris.
Marriage for the Balinese people is part of a sacred offering to God. Balinese culture also recognizes the type of Ngerorod marriage which is a reflection of the freedom of Balinese women to choose and determine their mate. Balinese people also apply a patriarchal system, because in the implementation of the wedding ceremony all costs incurred for the celebration are the responsibility of the male family.
Besides that, Balinese people are also still familiar with the caste system where those from a higher caste will usually keep their girls or their young children from marrying a lower caste.
The main wedding procession is Widi Widanan, which is carried out according to the Mekala-kalaan ritual. Is a complement in a series of traditional Balinese wedding events, led by the leader of the ceremony (Sulinggih / Ida Peranda). After praying in front of the burden/sajen, then the bride and groom pray at the family shrine/temple, led by the sanggah holder and escorted by the traditional elders. Guided by the priest, this procession is to convey to the ancestors, that there is one stone newcomer who will become a member of the family and will continue the descent.