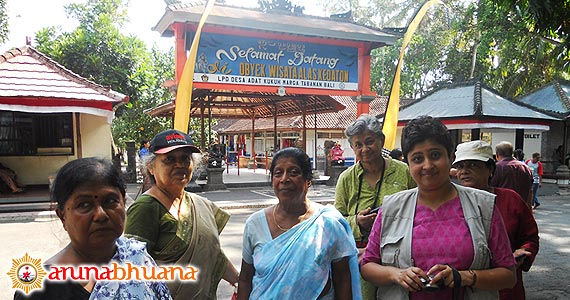 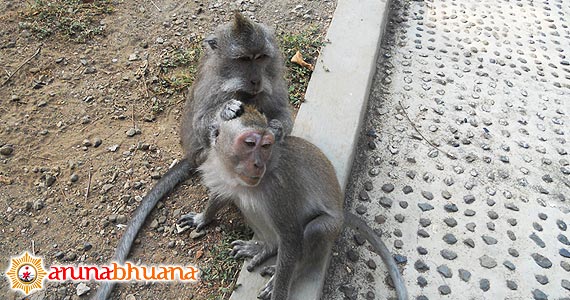 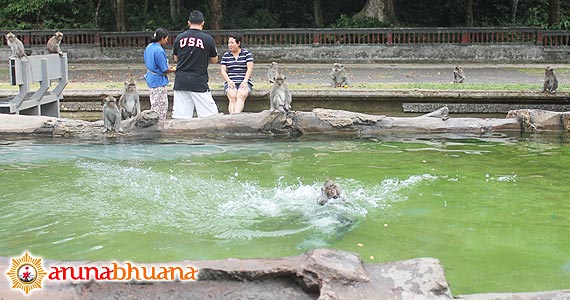 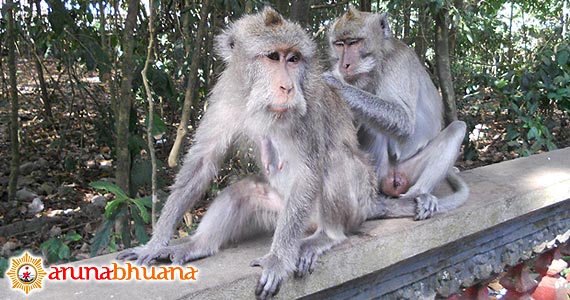 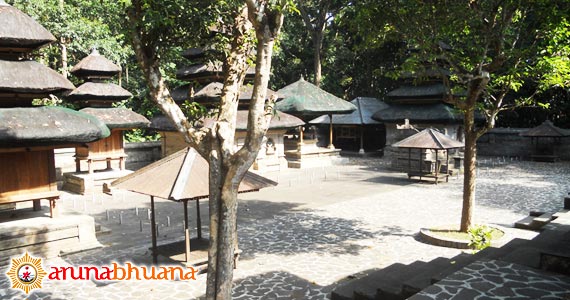 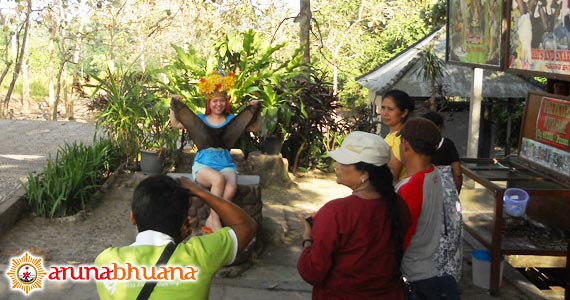 ...
Forest with hundreds Monkeys in Tabanan Bali
Entering the Alas Kedaton Monkey Forest, visitors will be greeted by hundreds of monkeys, who came over to the visitors. This is because the monkeys in Alas Kedaton has been friends with humans since long time ago. Just do not to disturb or harm them, because in the forest of Alas Kedaton, by the local community are considered sacred and belong to the gods.
Alas Kedaton is a natural attractions protected forest with an area of ​​approximately 12 hectares. Besides inhabited by hundreds of monkeys (type: Macaca fascicularis), there are also types of bats (pteropus vampyrus) are hanging on a tree. This forest covered about 24 species of plants that include the type of Dau tree, Mahogany, Adeng, Klampuak, and others.
In the corner of this forest there is a piece of land, which is said by local people regarded as a grave of monkeys. There are also temple of Pura Dalem Kahyangan Kedaton or Alas Kedaton Temple. This temple is very unique because it has 4 entrances on each side of the temple and the ancient building impressed with simple architecture. And for those who want to pray or worship in this temple, not allowed to bring incense (fire). Because according to local custom, this fire means anger or lust so it must be extinguished.
According to historical of Alas Kedaton temple was built by Mpu Rajakretha or Mpu Kuturan during the reign of King Sri Masuli, in 1100 Saka (year 1178). At that time he served as one of the royal advisory. Prehistoric relics that exist in this temple which include small menhir, the stone composition and primitive statues.
Evidence of the Hinduism influence in this region is the presence of a phallus Lingga Semu in a Meru called Dalem Kahyangan, a statue of Durgha Mahisasuramardini and a statue of Ganesha in a Meru called Dalem Kedaton. Ganesha statue sitting on a cushion which consists of two ponys and interpreted as a Candra Sengkala that reads `Dwi Naga Gana Tunggal`, which means 1582 Saka (year 1760).
Alas Kedaton in the village of Kukuh, District Marga, Tabanan, about 35 km or about an hour from the Denpasar city. Only 15 minutes takes from Tanah Lot. Entrance Ticket for one Person to Alas Kedaton Monkey Forest Tabanan Bali is IDR 15,000 per person.
...