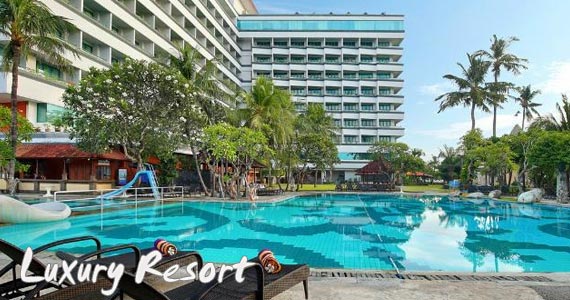 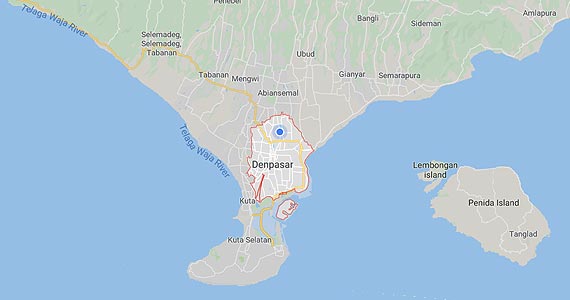 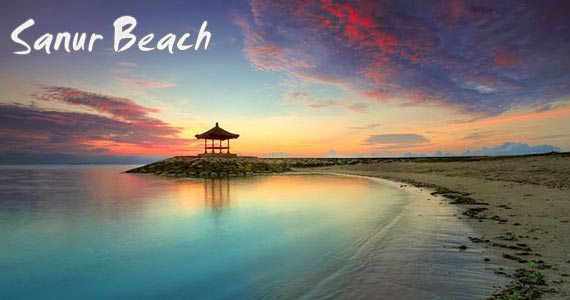 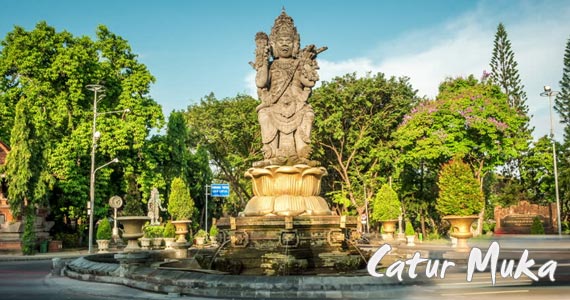 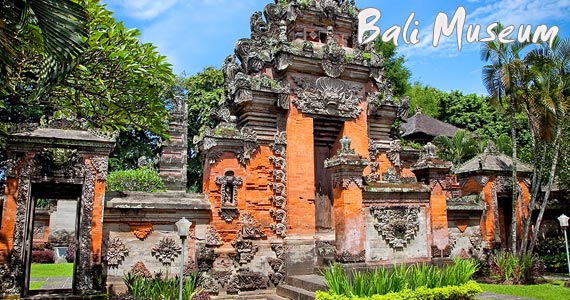 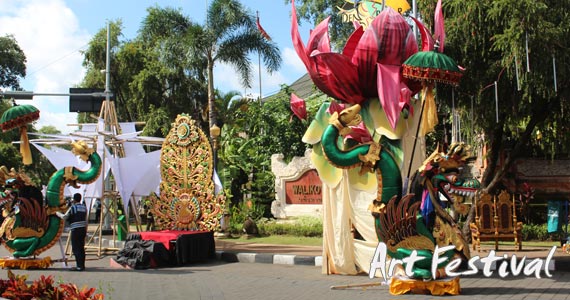 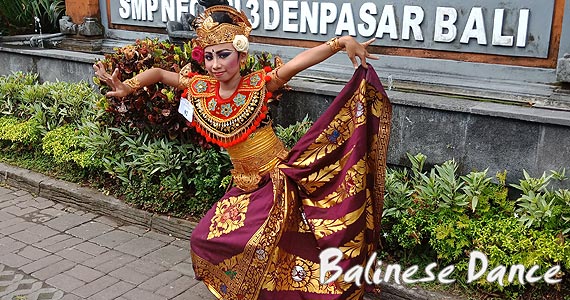 ...
Denpasar is one of Indonesia's most fully integrated and tolerant cities, with separate "kampung" of Bugis, Arabs, Indians, Chinese, Madurese, and javanese surrounded by Balinese its self. Without doubt it's the richest, most important city in eastern Indonesia.
DENPASAR BALI
Denpasar is actually best at night, when it's not so hot and the individual "kampung" resume their normal rhythms. It seems the whole population is either directly or indirectly involved in the tourist industry, and you can easily engage people in conversation. Denpasar's main one-way east-to-west shopping street, Jalan Gajah Mada, is crammed with chauffeured cars, roaring motorcycles, and smelly, spewing buses. The city's limited attractions include a spacious alun-alun or Puputan Square, tourist information offices, best-stocked markets, some good Chinese restaurants, a spirited night market, dance and drama academies, a major art center, first-class museum, and big cinemas also modern supermarket.
Denpasar situate in the centre of Bali Island, besides representing as a capital of municipality, it is also a provincial capital of Bali, at the same time as governance, economics and education centre. To be seen from the economic and tourism aspect, it's strategic position, this town is representing as a centre point of various activities, as well as importance connecter among others sub province in Bali.

Denpasar position is between 08° 35" 31' - 08° 44" 49' south longitude and 115° 10" 23' - 115° 16" 27' east transversal, in the north, south and west side Denpasar is about on Badung sub province, as well as Gianyar in the east side border. If we looked into Denpasar from the aspect of topography it is generally heel southerly, with an altitude between 0 - 75 meters above the sea level.
Administratively, Denpasar city divided 4 sub districts such as: Denpasar Barat, Denpasar Timur, Denpasar Selatan, Denpasar Utara. Has 43 village/ administrative village, width of area about 12.780 ha, consists with 3,147 ha of rice field and 9,633 ha of land which can not be used as a rice field width Area: 123, 98 Km2.
Once part of Badung Regency, in 1992 the Denpasar area split off and became Bali's ninth regency (Kabupaten). In addition to the island's capital, Denpasar Regency encompasses Sanur, Benoa Port, and Serangan Island.
GEOGRAPHY
Administratively, Denpasar city divided 4 sub district, 43 village/ administrative village, with the amount of citizen about 4,080 people/ km and rate of growth average 3.01% per year.

From that amount of people 44.44% located in the west area and 24.90% located in the east area and 28.66% in the south area. As a capital of Bali Province, Denpasar is a center of any activities specially economic activities. There are many facilities and economic structure in this area that can be supported the growth of economy of Bali generally.
DENPASAR AREA MAP
SANUR BEACH
Famous of the Sunrise, Sanur beach is visited everyday by both foreign and domestic tourists. On Sundays or holidays, this beach is the main destination for the citizens of the Denpasar City to recreation, swimming and other beach activities. When its full moon, at night visitors who come will see the beauty of a full moon rising in the east.
This beach has been known since long time ago, especially when there was a war of Puputan Badung on September 20, 1906. At that time the Dutch troops landed on the Sanur beach. In the history of Bali, Sanur beach is also well known by the stone monument inscribed (Blanjong pillar) which is an inscription of King Kasari Warmadewa in Singhadwala Palace around the year 917 AD, where the inscriptions are in Blanjong, the southern part of Sanur .

Sanur Beach for the first time introduced to the world of tourism by a famous Belgian painter named A.J. Le Mayeur with his wife Ni Polok (balinese) who stayed in Sanur beach since 1937, who did lot of painting exhibition and to introduce Sanur Beach in abroad. Visitors can see his painting at the Museum Le Mayeur, in Sanur Beach Bali.
The sea breeze are comfortable. The atmosphere along the beach of Sanur is so fresh cause of filled big trees. The fishermen would seen  everyday likes pushing the boat (known as `jukung`) out to sea. Sanur Beach is now looks more beautiful after it has been reclaimed of the abrasion in 2004.
Visitor will be able to enjoy the beauty of the sea by relax in comfortably gazebo, stand in edge of the beach while sitting and looking at the Nusa Penida Island in the distance.
The distance between the crib / gazebo with about 15 meters long, so its make people safe to swim because of the shallow water. And uniquely of Sanur Beach is the beach you will see the boundary towards the north (left) black sandy beaches, while in the south (right) is white sandy beaches.
Along the beach of Sanur available pavement used for visitors who want to go for a walk, jogging, or cycling. And also filled with local souvenir shops and place to eat also drink.
Currently Sanur Beach Bali, known as a port for tourists who want to sailing to the island of Nusa Penida, Lembongan Island, Gili Trawangan Lombok. Also when the tide, is good waves for surfing.
Complete information about Sanur Beach Bali just click here.
FOUR FACES STATUE (CATUR MUKA)
The statue stands on the crossroads northeast of the Mayor's office in Denpasar since 1978 is called Catur Muka (Four Faces) as it has four heads facing out to the four quarters if the compass. The statue was created by a team of craftsman led the locally renowned artist I Gusti Nyoman Lempad from the Village of Ubud. The 9 meter high statue is a representation of the God Brahma (as the creator of the universe) with four faces and has its origins in an episode of the Mahabharata (a popular Hindu epic). The statue, which is made of solid rock, has become the mascot of Denpasar. The base of the statue is surrounded by a pond with water springs and has become the zero kilometers.
For it is considered as the heart of the city, Near by the Bali Museum, Bali Hotel, Jaya Sabha, and the Puputan square. Further north is the "Satria" Bird market. This point is 4 km from the intercity bus station, Ubung (15 minute to go) and 15 km (30 minutes) from the Ngurah Rai International Airport.

See the perfect panoramas of CaturMuka Bali by click this link.
MUSEUM BALI
Bali Museum lies on the center of Denpasar, in the eastern part of Puputan Badung Square. At the northern part you can see Jagatnatha Temple. It is very easy to reach because it is located in the center of the city. Originally established in 1910, by a Dutch official who was concern at the export of culturally significant artifacts from the island, the museum was destroyed in a 1917 earthquake. It was rebuilt in the 1920s, but used mainly as a storage facility until 1932, when the German artist Walter Spies and some Dutch official revived the idea of collecting and preserving Balinese antiquities and cultural objects, and creating an ethnographic museum.

Read more about amazing Museum Bali by click this link
The safer way to explore tourist attraction in Denpasar City is
use your Bali private Car Rental with Driver from Aruna Tours which is the most reputable and cheapest local tour company in Bali.
Usually the price for Bali Denpasar City tour
is around USD 35 to USD 45 per car per day,
including of fuel, parking fees, refreshment
and English speaking driver cum guide.
Denpasar City is a city on the island of Bali and also became the capital of Bali, Indonesia.
In Denpasar there are several Tourist Destinations : Taman Budaya Art Center, Museum of Bali, Kumbasari art market, Sanur Beach, Serangan Island, Bajra Sandi and many more.
...